Short English summary at the end.

Due to a translation that has to be finished, and another one that is waiting to get started, I am neglecting this blog currently. Since I have been to a wonderful concert by the fantastic ZAZ, I am intensely interested in France and especially French literature. There will be some reviews of French books in the near future.

Listen to the music of ZAZ! It makes the world a better place!

In an interview about his last readings Stephen King once wrote that he did not like to read translations, because I always have the feeling that the author is being filtered through another mind. To a certain point he is right. But I will explain that later (although I think that every book is filtered through it’s readers mind). In the same article he also confessed that he liked the translation of Stieg Larsson’s The Girl with the Dragon Tattoo (wooden prose and all). The three novels by Larsson deliver an interesting an unfathomable view into the Swedish society, an view that only this intelligent and well informed journalist could give you, but very unlikely a foreign writer who did not grew up an lived in this country. 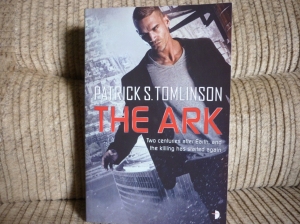 I love to travel, I love to discover and experience other countries and cultures, and I love to learn foreign languages. But I cannot learn all of them, and I cannot travel the whole world. So I have to bring the world home. And the best way to do that, is by reading books. Stepping through the uncanny mist of London in Dan Simmons Drood, riding on broom next to the devil over the rooftops of Moscow in Mikhail Bulgakov’s The Master and Magarita, suffering One Hundred Years of Solitude with Gabriel Garcia Marquez or solving a perfect murder with Keigo Higashino in Tokio. I would not be able to experience and enjoy all those masterworks of literature without the help of their translations. Of course, reading them, is not the same experience like reading the original, but with a good (or even brilliant) translator it might come close. And this still would be a better experience than not to read those wonderful books at all.

As a translator I know that I cannot reproduce the original text one hundred percent. I cannot clone the reading experience, the reader of the original has, into my language. But I can try to come as close to it as possible. For that I do not just translate the words one by one as the dictionary tells me. I have to consider the context, the plot-given context, but also the cultural background of the writer and the supposed reader of the original. When the New Zealand writer Adam Christopher, living in England, writes about „drinking the Kool-Aid“, most German readers wouldn’t know, that this refers to a mass suicide initiated 1978 by Jim Jones in Jonestown, USA. We do not have the drink Kool-Aid in Germany, and this horrible incident is not part of our collective memory. So I have to find a solution that comes close to the original but also is understandable for the German reader.

Same goes for puns, figure of speech or other expressions that cannot be translated par for par. I have to transfer myself into the head of the writer and imagine, how he would have written it, if German was his first language. I have to distance myself as far from the original as necessary, but stick to it as close as possible. This is a thin red line we as translators have to balance on. It is not always possible to keep it, but I have the best intentions to manage it.

A lot of Germans do speak English, and not few of them read books in English. I read a lot of books in English. It is just such a beautiful language, and a lot of good books never get translated (still no Max Gladstone on the German book market!). Some German readers say, they do not read translations of English books, because too much would get lost in translation. But do I as single reader really understand more of the book while reading, than the translator, who works several months on a book, with a lot of research, help by competent colleagues, and the possibility, to ask the writer?

Who would know what Stephen King refers to, when he mentions a poem about plums in Under the Dome. Who would know that a poem by William Carlos Williams is ment, that he wrote to his wife, when he stole some of the plums in the icebox (and to which she wrote a great and poetic reply)? I translate for the readers, who do not have the chance, to read the original version, or just prefer to read in German.

Dear writer, usually I do not want to bother you by asking questions, while you are already writing the next book, or the book after the next one. Or your unfortunately have already passed away (farewell Edmond Hamilton), but if you are still with us, and I really do not understand something, I will not hesitate to ask you, before I get something wrong in the translation (as long as you are okay with it).

For me, it is an honor to translate your work, and I will treat it with care and respect to give the German reader the most authentic translated version of your book or short story possible.

And don’t worry, my German writing is much better than my English. 🙂

P.S. although I don’t use emoticons in my translations. 😉 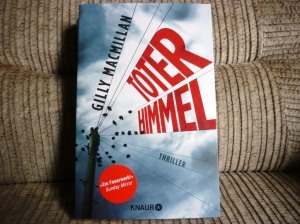